A downloadable game for Windows, macOS, and Linux

After encountering an alien creature in a bathroom stall one man is propelled into a never-ending quest of sewer dwelling carnage! Septic Savages is a 2D, 1 or 2-player, twin-stick shooting roguelike with loads of randomized elements and hours upon hours of gameplay.

Many Itch customers ask if the title they purchase here will be available on Steam as well. Well, we have good news: Septic Savages has been Greenlit and is coming to Steam! We can guarantee that anyone who purchases the game on Itch before it's Steam release will get a Steam key when the game is released on Steam. We are still considering how we will handle Steam keys after the game is already available through Steam, but we don't want anyone to hesitate to grab a copy here on Itch before the Steam release. You will get a key as soon as it becomes available.

Brown Mountain, Pisgah National Forest, North Carolina. What you thought would be a simple job in a national park takes a turn for the sci-fi sewer when you encounter an alien creature in a toilet stall. Who knows how you suddenly summon a submarine and turn into a full-fledged sanitary warrior, the only question that matters is this: do you have what it takes to be a Septic Savage?


Septic Savages is an endless, rogue-like dungeon experience. Designed specifically for replayability and a solid single and two-player experience, it's for anyone who enjoys twin-stick shooters and loads of play time. Septic Savages is available for PC, Mac, and Linux systems!

Boasting 33 powerups, 5,000+ powerup combinations, and even thousands more item/level/environment combinations, Septic Savages is just a little a bit different every time you play. The experience is consistent enough, however, to allow you to hone your sewer-survival skills and push farther and farther each time.

Crafting, 12 unique potions, upgrades, run-specific powerups that don't carry over to your next journey in the sewer, boss diversity, controller support and local co-op make Septic Savages the perfect game to sit down on the couch, pop out the snacks and enjoy a new adventure each time you play!

Unfortunately, we've been unable to test Septic Savages on Linux yet. Thanks to Construct 2's reliable features, we don't think there should be too many problems, but we are aware there is a certain risk involved when downloading software that hasn't even been tested on its target platform yet. We apologize for the inconvenience. We got so involved with getting the game finished that we didn't think through the Linux aspect of deployment.

So what do you do? Reach out to us on Twitter! We're looking for people to test the Linux build and will gladly gift you a copy of the game during this interim time while we're testing Linux deployment. Seriously - just Tweet to us (or reach out through Facebook!).

In order to download this game you must purchase it at or above the minimum price of $7.99 USD. You will get access to the following files: 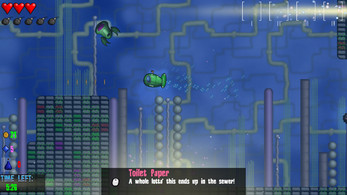 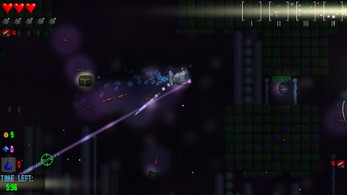 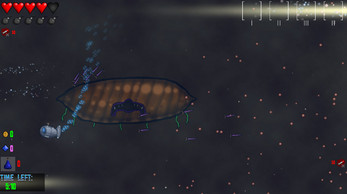 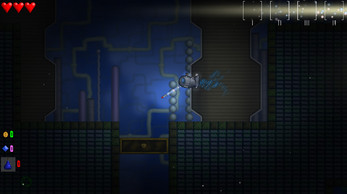 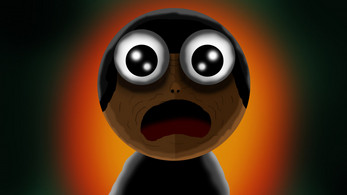